In the Alta Valle del Tevere area archaeological traces and remains recount the story of this area in the north of Umbria, a crossroads and place of cultural exchange between Umbrians, Etruscans, Romans and Lombards. The Umbrians were an ancient Italian population who spoke Indo-European and who were thought to have reached Italy in the Second Millenium BC, when they seized an area that in the classical era stretched from the Alta Valle del Tevere region all the way to the Adriatic Sea. Traditionally, the natural boundary between the Umbrian and Etruscan populations was the Tiber river: the former occupied the area to the east and the latter to the west. This is confirmed by the numerous Etruscan findings to have taken place in the village of Fabrecce in Città di Castello.
The Etruscans were an ancient population of Italy that lived between the ninth century BC and the 1st century BC in an area known as Etruria, roughly corresponding to Tuscany, western Umbria and northern and central Lazio.
Beginning in the fourth century BC, they were witness to the increasing expansion of the region of the Romans. From the 1st century AD, the Alta Valle del Tevere area became part of the sixth Augustan region, Umbria, then including part of what is now the Marche region.
With the end of the Empire, the Alta Valle del Tevere area found itself again to be a border land, this time between the Byzantines and the Lombards.
One archaeological trail in the Alto Tevere area starts from San Giustino with a visit to the Colle Plinio area to see the remains of the Plinio il Giovane in Tuscis villa, and get to know the history of this settlement in the Archaeological museum set up in the magnificent Villa Graziani. A collection of busts from the Roman age, partially adapted in the sixteenth century, can be found within the Castello Bufalini and formed part of the collection of this prominent family. Worth a visit is also the crypt in the archpriest church, which dates back to the ninth century AD, and which preserves reused marble, likely originating from Villa di Plinio, and decorations from the Early Middle Ages.
Climbing up towards Monte Santa Maria Tiberina, where it is possible to see evidence of Roman era roads, is the Palazzo Museo Bourbon del Monte which displays remains which date back from the prehistoric period up until the Lombardic period, when Monte Santa Maria Tiberina acquired the appearance of a fortification, or more precisely a castrum, located at the land border of the Lombards and the Byzantine passage.
In Città di Catello, ancient Tifernum Tiberinum, the Roman city centres on the southern area of the historic centre, near the bend in the Tiber river. In the area between via Oberdan and via Borgo Farinario you can see the remains of an amphitheatre, which dates back to the first century AD. The Pinacoteca comunale preserves a small archaeological collection: at the entrance on the left you can find a sarcophagus from the third century AD originating from the village of Badia Petroia, whilst, a larger section will soon be on display in the renovated exhibition area dedicated to the town museum. In the boardroom of the Town Hall Latin inscriptions are exhibited originating from urban and suburban areas.

Continuing further south, in Umbertide, we find Museo civico di Santa Croce.
It has an interesting archaeological section: ceramic materials from the protohistoric age to the Hellenistic and Roman periods, coins dating back to the 4th-5th century AD. coming from a settlement on Monte Acuto and a votive deposit with Italic-type bronzes of the schematic kind with human and animal figures, (6th-5th century BC). 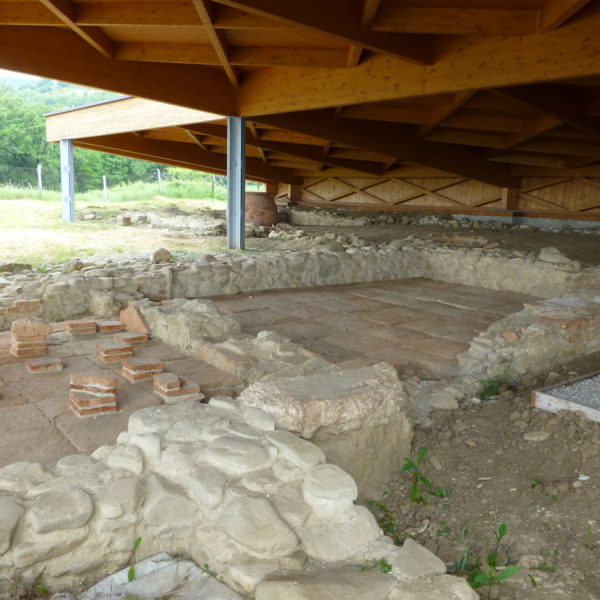 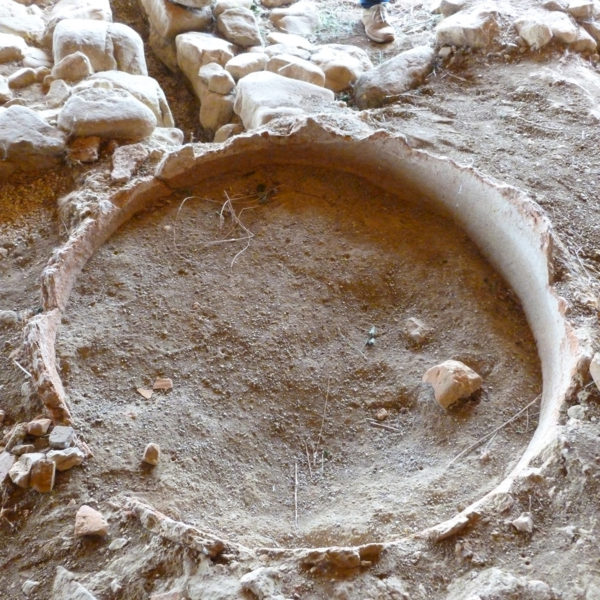 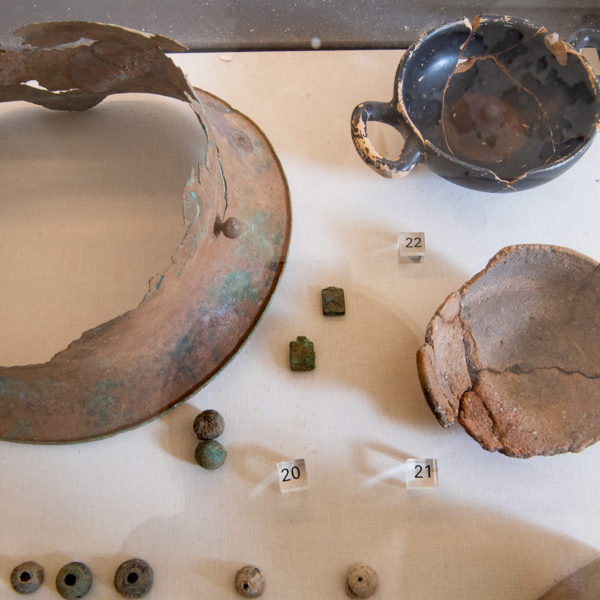 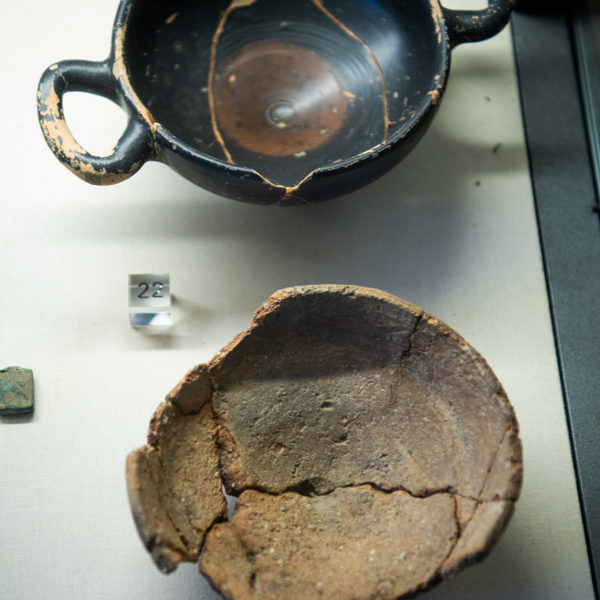 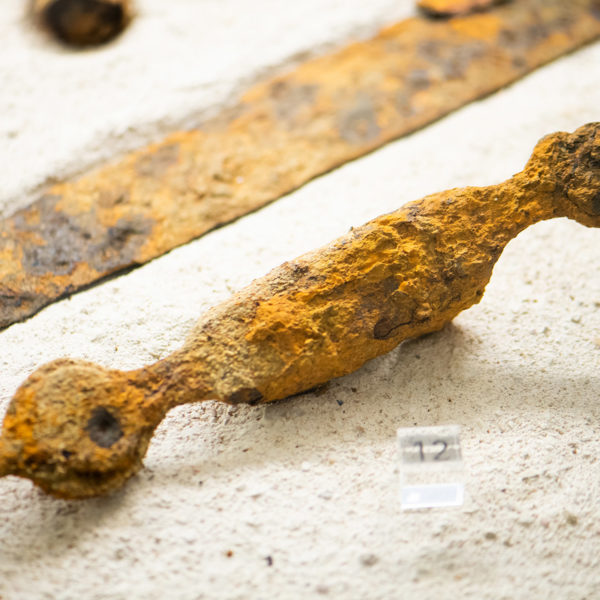 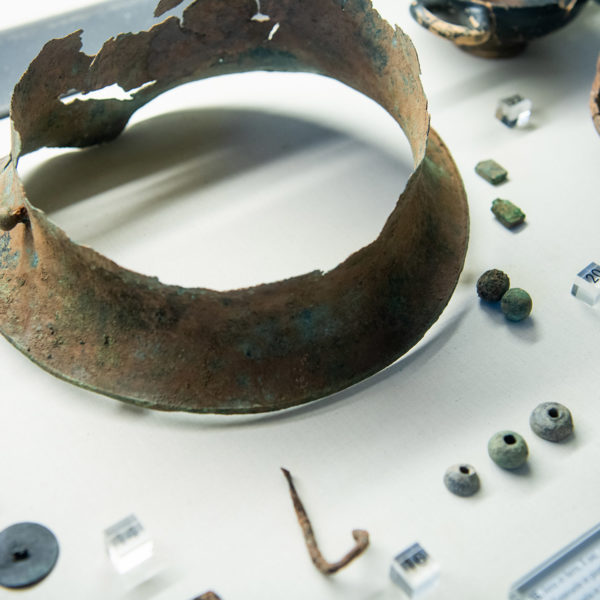 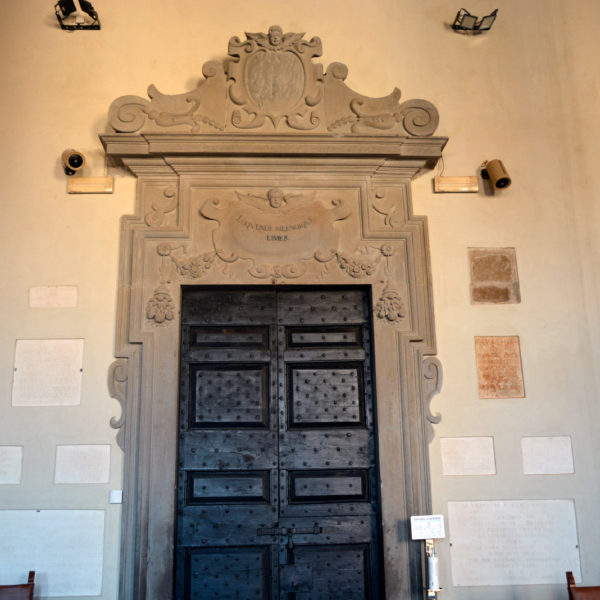 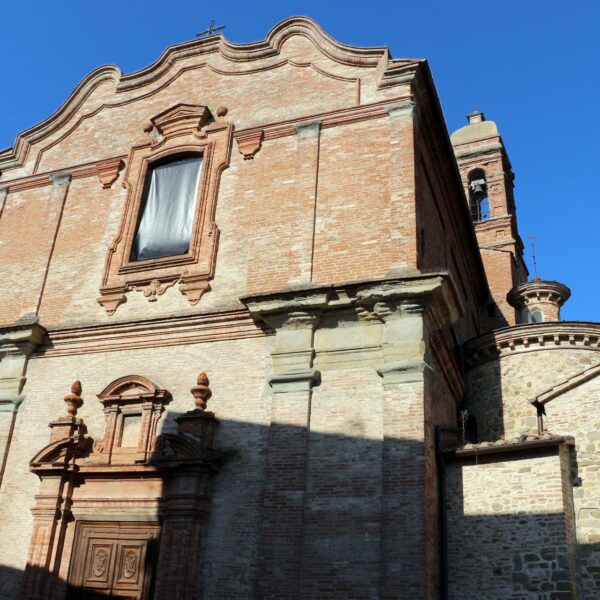