During the Renasiance period the Alta Valle del Tevere area, a crossroads between two different territories, became a destination for artists coming from all over Italy.
Around the mid sixteenth century Palazzo Vitelli alla Cannoniera, Città di Castello, home to the Pinacoteca comunale, was splendidly decorated with frescoes at the request of Alessandro Vitelli by Cristofano Gherardi from Sansepolcro and by Cola dell’Amatrice, with the contribution of Vasari. The civic art gallery contains works by Spinello Aretino, Antonio Vivarini, Lorenzo Ghiberti, Domenico Ghirlandaio, Andrea Della Robbia, Raffaellino del Colle, Pomarancio e Santi di Tito, as well as the magnificent Martirio di san Sebastiano by Luca Signorelli and one of the first pieces by Raffaello Sanzio, the Gonfalone della Santissima Trinità.
The Museo del Duomo also preserves works of art, such as the Madonna col Bambino e san Giovannino by Pintoricchio, dating back to the last decade of the fifteenth century, a Crucifix bestowed to Nero Alberti of Sansepolcro and the Cristo in Gloria by Rosso Fiorentino (1528-1530). Also part of the ecclesiastical museum system is the Oratorio di San Crescentino from Morra, a village of Città di Castello, with frescoes by Luca Signorelli and his school (around 1504-1507).

The members of the Vitelli family were the promoters of the renewal of Città di Castello during the Renaissance style. For this family of skilful politicians, mercenary captains and men of the church we owe, as well as the Palazzo della Cannoniera, at least another three large buildings: the Palazzo in piazza or all’Abbondanza in the former Vitelli square, now piazza Matteotti, completed in 1545 by Alessandro Vitelli, Palazzo a San Giacomo, in the area of the same name, now the site of the public Library and commissioned by Vitello Vitelli and Angela Rossi of San Secondo Parmense, for whom Vitello Vitelli was her first husband, Palazzo Vitelli a Sant’Egidio, wanted by Paolo and Chiappino Vitelli in the mid sixteenth century, mercenary captains and collaborators respectively of the Medici and Farnese families. Vitelli was also responsible for the commissioning of buildings outside of the historical centre such as the Villa di Garavelle, currently the site of the Museo malacologico Malakos.

The trail continues to the town churches such as the Basilica Cattedrale dei Santi Florido e Amanzio that brings the signs of the sixteenth century renovation promoted in particularly by the Vitelli family. It is worth stopping at the San Domenico and San Francesco churches, where at one time artwork by Signorelli and Raffaello was displayed, and today it is still possible to see the fifteenth century frescoes of Antonio Alberti da Ferrara in the first church, the Incoronazione della Vergine by Giorgio Vasari (1563), in the second. An additional stop might be to the Madonna delle Grazie sanctuary, where the panel dated and signed by Giovanni da Piamonte, pupil of Piero della Francesca, is kept (1456).

Proceeding north to San Giustino is Castello Bufalini, a rare example of a historic elegant residence almost intact, which retains part of its furniture, the family archive, and an antique garden. The building, born as a defensive fortress on the border of the church state and the Florentine Republic, was transformed in the sixteenth century by the priest Ventura Bufalini and his brother Giulio into a noble palace: the architectural project was trusted to Nanni Ongaro, one of Sangallo’s circle, and the frescoes to Cristofano Gherardi of Sansepolcro.

In Monte Santa Maria Tiberina, the visit to the Palazzo Museo Bourbon del Monte and to the family chapel at the Santa Maria Assunta parish church allows us to learn about the history of the Bourbon del Monte’s, a family that in the modern age dominated the institutional and political relations in central Italy, that is, Tuscany, Umbria and Marche – with the Grand Duchy of Tuscany and the Church State. 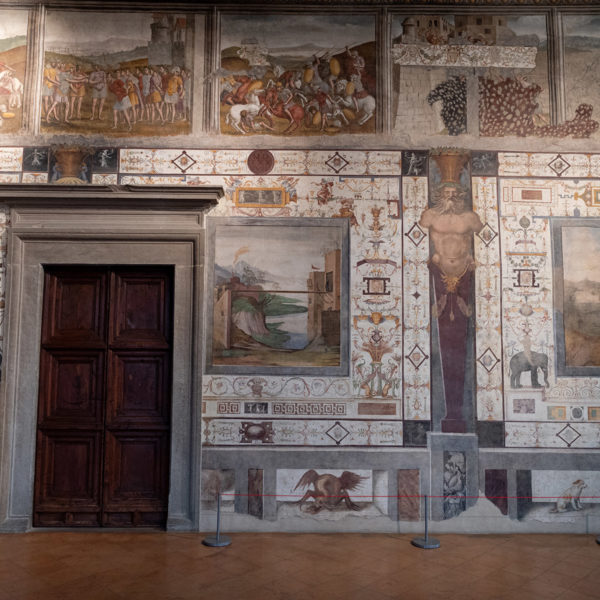 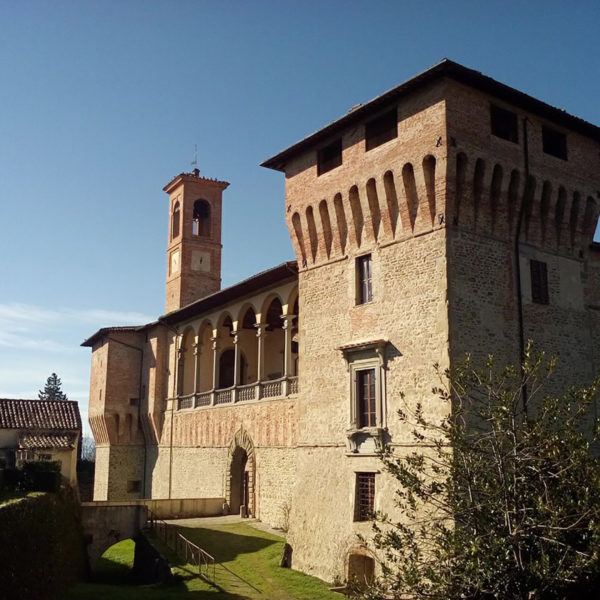 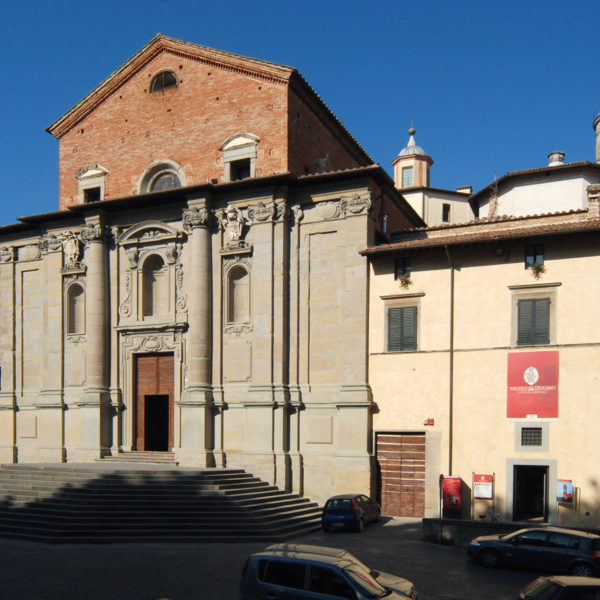 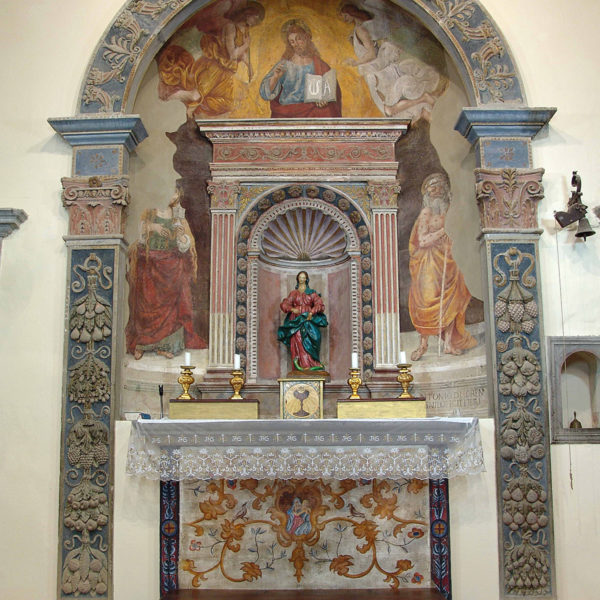 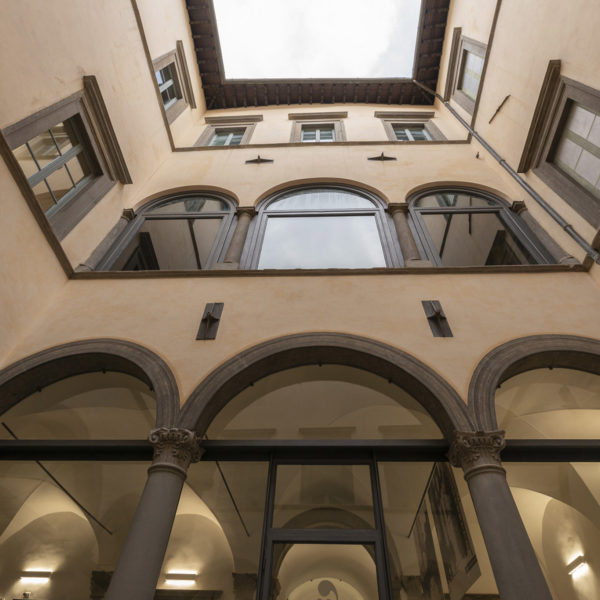 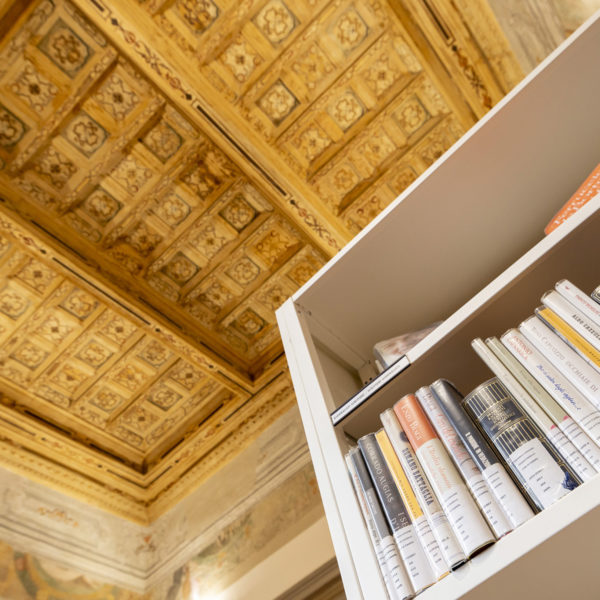 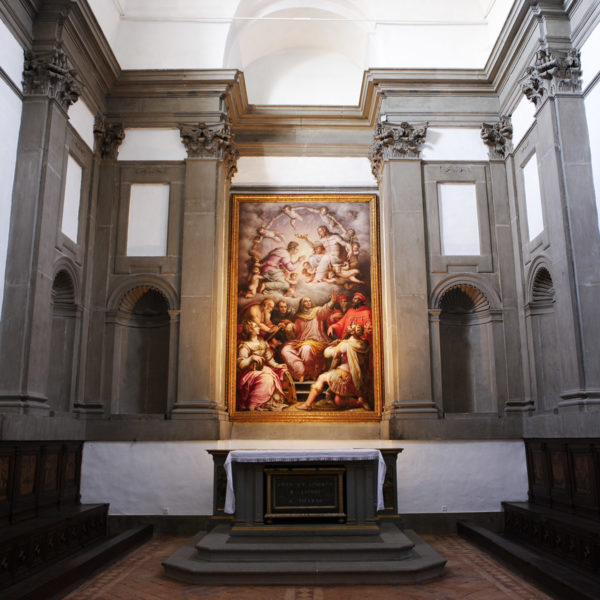 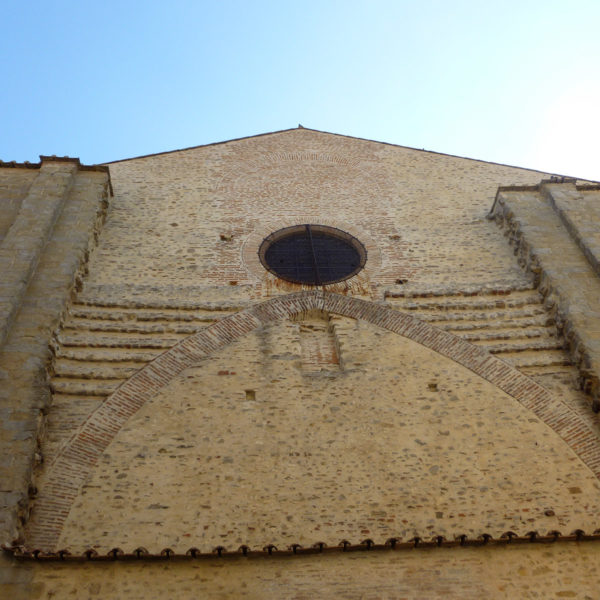 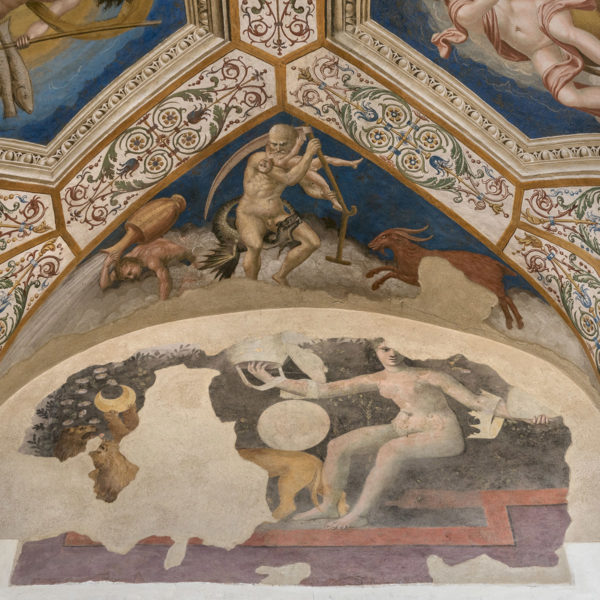 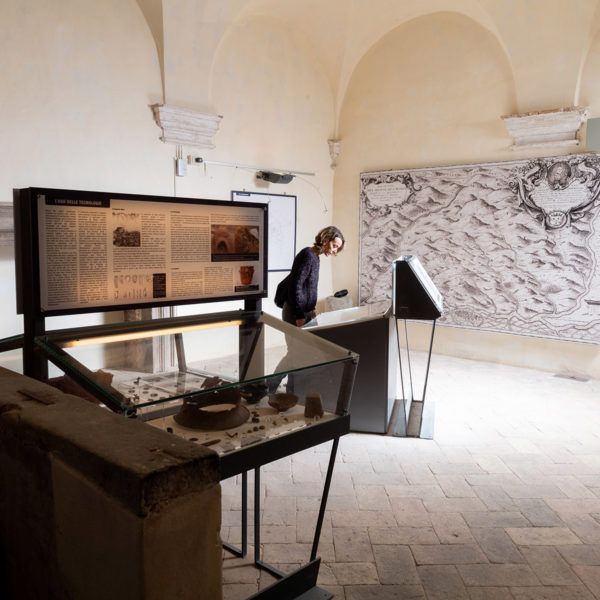 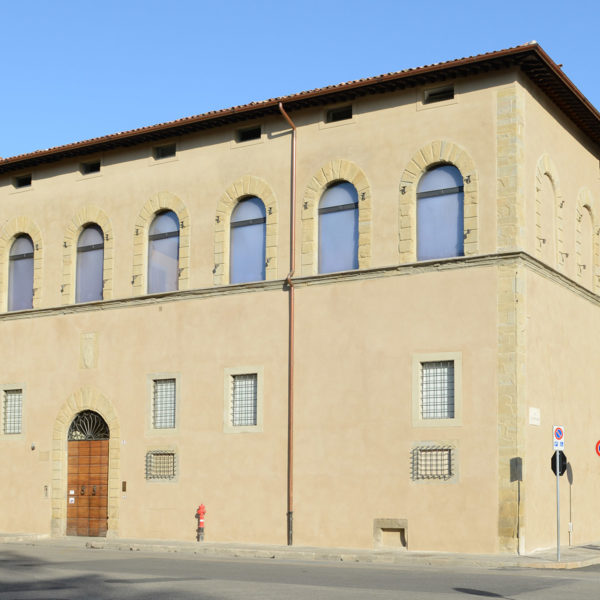 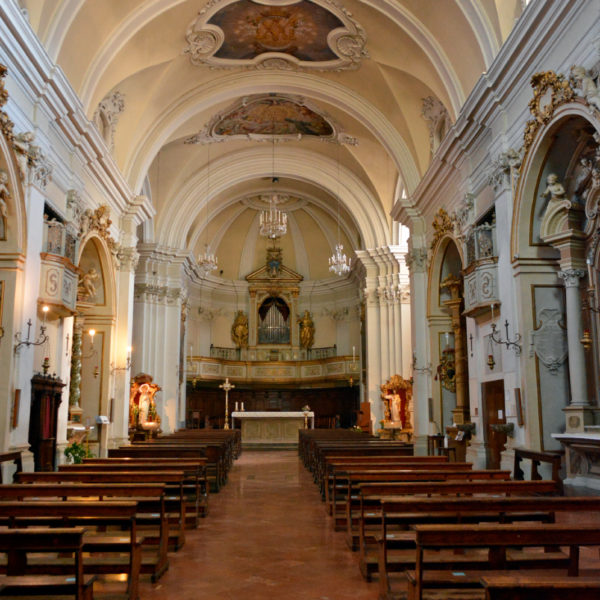 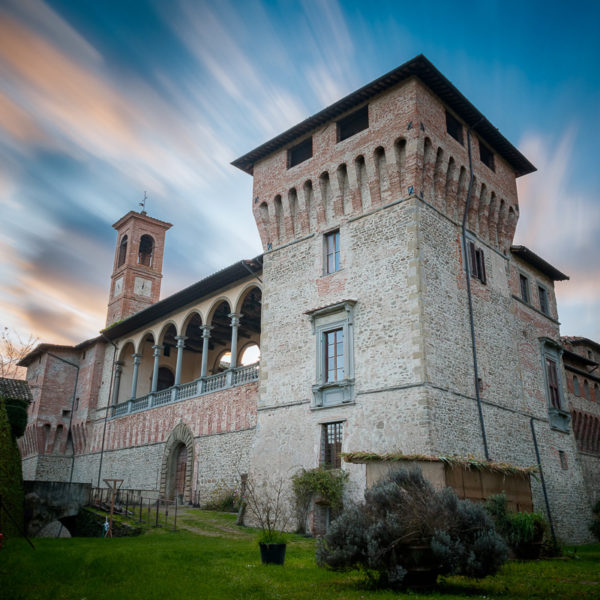 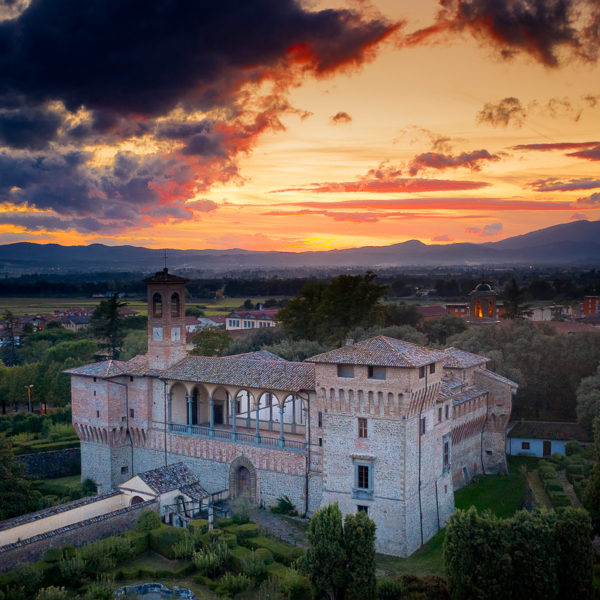 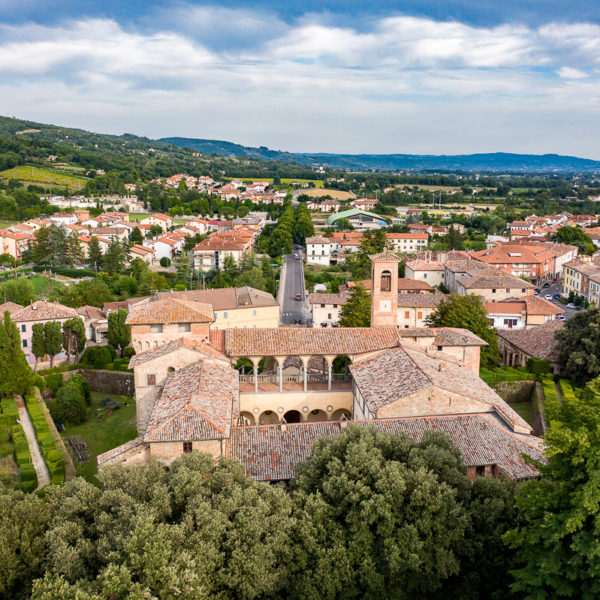 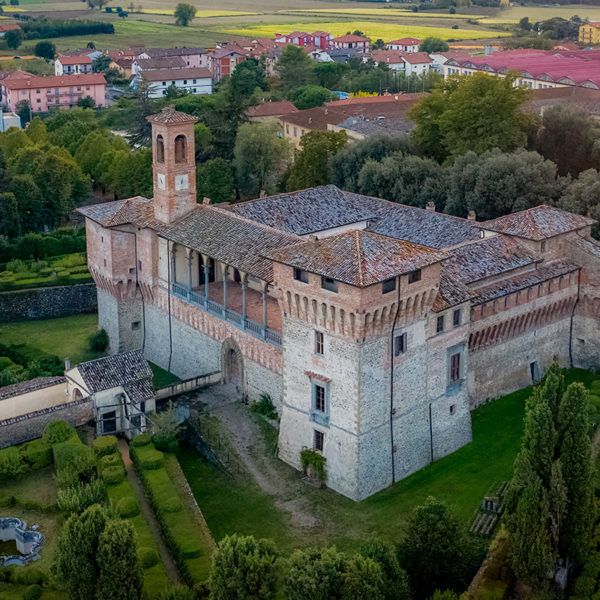 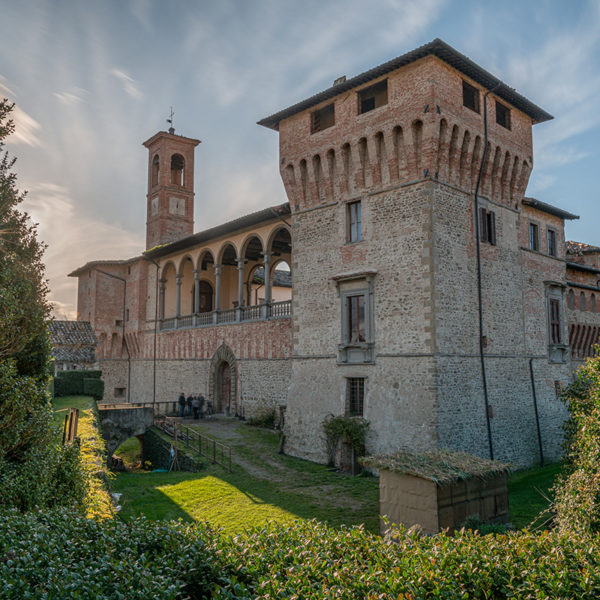 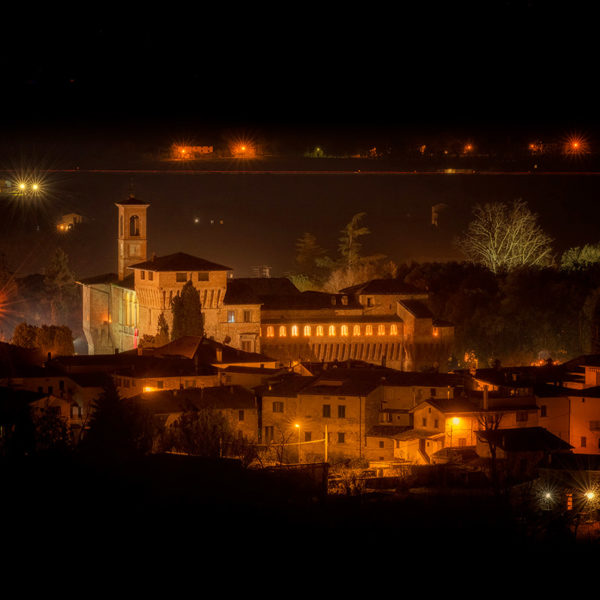 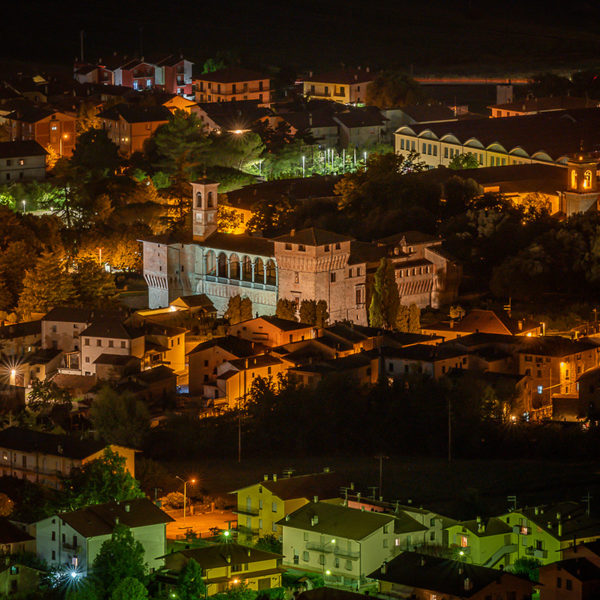 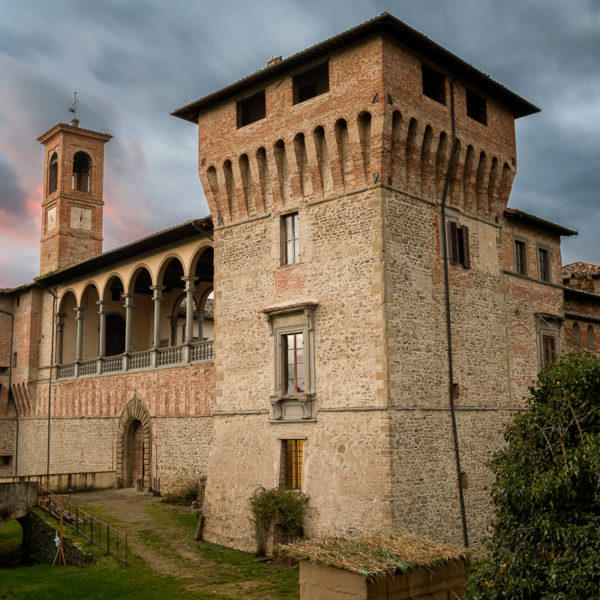